After a day at the Metropolitan Museum of Art in New York, mostly spent in the special Picasso exhibit (the largest ever), I was virtually blinded by “the embarrassment of riches” he left to the world. The chronological exhibit of his works gave cohesion to his life and his many artistic periods, and one is struck by the recurring subjects that appear throughout his works, like themes and variations. He obviously loved women, music, bulls, acrobats and harlequins. On my long walk home from the Museum on 82nd to my hotel on 49th (whew!),  I had time to ponder his relationship with music. Although music and musicians played a thematic role in many works, Picasso himself denied that music was a real influence. While he apparently enjoyed folk and contemporary music, and particularly the Catalan music of his youth, he never had any musical training and was less informed about classical music. (Read about Picasso’s musical background). His fascination with music and musicians as a theme in his work tells another story. Read about music in the art of Picasso and enjoy some of his “musical” paintings and drawings. 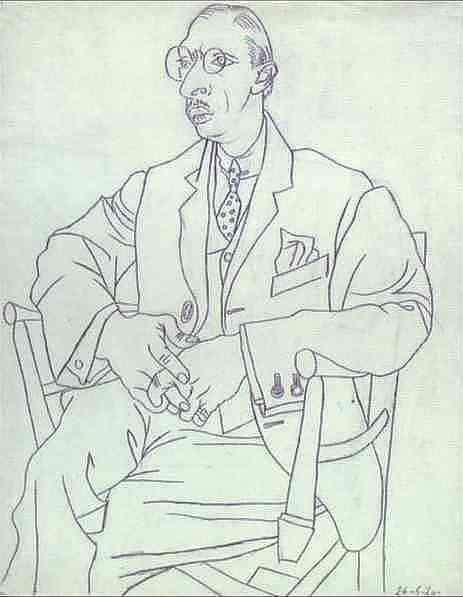 Picasso and the Ballet Russes

In Paris Picasso was intimately involved with Diaghilev’s Ballet Russes, designing sets, costumes, and curtains.  He even traveled with the ballet, and married the young Olga Koklova, a dancer with the Ballet Russes. He collaborated with the most innovative composers, musicians, writers, choreographers, and dancers of the era. Diaghilev’s groundbreaking productions (most notably Stravinsky’s Rite of Spring in 1913) excited, shocked, and often enraged the public by the breaking of all classical bounds. Picasso energetically contributed to that avant garde French revolution in the arts that revolved around the Ballet Russes. His musical collaborations included:

1917  Parade by Eric Satie with Jean Cocteau (Picasso’s sets, costumes, and curtain introduced Cubism for the first time ever in a ballet)

So, even though he denied that music affected his art in any significant way, Picasso’s intimate involvement in the Parisian musical scene, his friendships with musicians, collaborations with the Ballet Russes, his marriage to a ballerina, and his recurring fascination with music and musicians in his art, make me think Picasso knew a thing or two about music. You can’t walk through that powerful retrospective exhibit at the Met without coming to that conclusion. An artist who collaborated so magnificently with the theatrical world of ballet had to understand  the raw bones of music and dance: rhythm, movement,  and emotion. And does anyone doubt that?

← Terror on Broadway: The Show Must (not) Go On
King Henry VIII: Better Musician Than Husband →

One Response to Picasso and Music